Earth Overshoot Day - Being Ahead of Schedule is a Bad Thing

This red-letter day each year comes around on a different date…and I am bummed it is so early in 2019…July 29! In this case, RED letter is bad news.

Today is Earth Overshoot Day—the day the scales tip OUT of our favor. This is the day that humans have used up the maximum resources that the earth can replenish in a year. Starting tomorrow, we are digging too deeply, past what can be renewed. This day is creeping up earlier every year—just a few years ago we hit this point in mid-October. Now it is in July.

We keep getting more efficient at screwing ourselves up!

Most often, in life, it is beneficial to be ahead of schedule for things — better than the alternative, being late. Well, when it comes to annually using up our world’s resources, the early bird doesn’t get the worm…the early bird probably only gets hungry, and thirsty, and hot…

Earth Overshoot Day marks the date when humanity has exhausted nature’s budget for the year. The Global Footprint Network measures humanity’s demand for, and supply of, natural resources and ecological services, and at some point on the calendar, we get to the point where we are in a deficit compared to what can be provided, so we are technically chipping away resources, increasing tonnage of waste, exhausting the supply of potable water and fertile land, and accumulating carbon dioxide in the atmosphere. In banking terms, we are drawing down the earth’s principal rather than responsibly living off the interest.

Ecological overshoot is a non-sustainable way of life and possible for only a limited period of time before we degrade the system so far that we end up with water shortages, desertification, soil erosion, reduced cropland activity, overgrazing, rapid species extinction, collapse of fisheries, and increased carbon concentration…sound familiar? 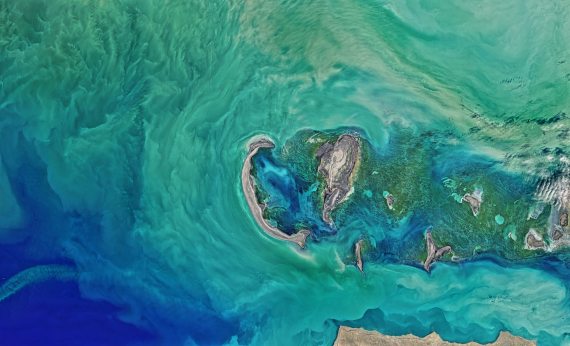 Our global overshoot has more than doubled since 1961. According to Global Footprint Network, we are now living large, literally, as it would take much more than our single Earth to actually support our current consumption, and predictions state we would require two entire planets to support our usage trends by mid-century. Use THIS TOOL to calculate your own personal ecological footprint, and see, if everyone lived like YOU, how many Earths we would need to support that kind of life. It can be shocking.

Only 14% of our world lives in countries with more biocapacity than usage footprint, including Australia, Canada, Finland, Chile, and Brazil. The United States is squarely in the not-so-happy red zone, using more natural resources than we can possibly provide.

THAT would be progress, and YOU can definitely play a large part! Is There Any Hope for the Planet Earth?